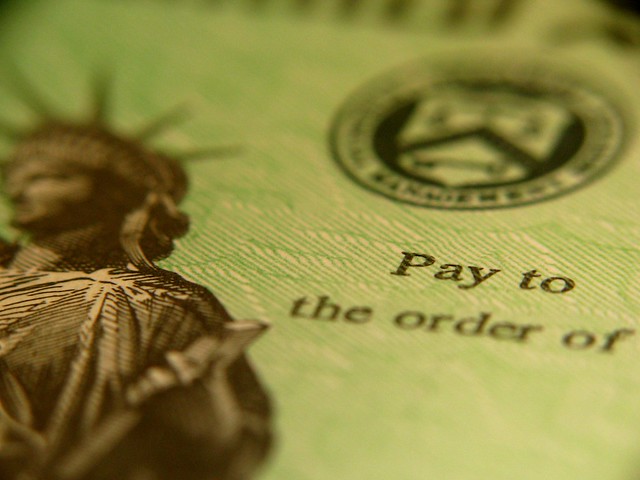 Mandatory spending, which accounts for about two-thirds of all federal spending, covers federally funded social insurance and welfare programs like Social Security, Medicare, Medicaid, food stamps, unemployment insurance, and federal retirement benefits.  For these programs, a permanent formula determines annual spending without annual Congressional appropriation.  The problem with calling these programs mandatory is that they are not necessarily mandatory since Congress could change the funding formula by statute. For instance, Congress could raise the retirement age for Social Security, it could change benefits for Medicare, and it could change eligibility guidelines for Medicaid.

None of these changes require a Constitutional amendment and none of these programs’ benefits are guaranteed contracts. The Supreme Court has long upheld the federal government’s right to reduce or eliminate Social Security benefits no matter how much beneficiaries have paid into the system.

The counterpart to mandatory spending is discretionary spending, which accounts for the remaining third of federal spending, but is equally a misnomer.  Discretionary programs include national defense, transportation spending, farm subsidies, food inspections, the federal judiciary, the census, government payroll, national parks, and much more.

The share of so-called discretionary spending that’s truly discretionary is debatable, but some of these programs are mandated by the Constitution.  For instance, the apportionment of Members of the House of Representatives is determined by a decennial census and counting everyone in the nation costs money.  The President, Members of Congress, and federal judges are entitled to compensation that may never be decreased during their terms.

The federal government is required to protect states from invasion and insurrection, which requires the creation some form of a military.

The Fourteenth Amendment requires the repayment of all federal debt.  Budget analyst sometimes add a third budget category of interest spending, but the federal government is also required to pay off principal too.

Article 1, Section 8 of the Constitution specifies many other federal functions such as a postal service and printing money, but though these programs are permitted, they are not mandatory.