Cologne: A cathedral of dripped wax

Cologne is one of several west German cities that dot the Rhine. The city’s name is a corruption of Colonia Claudia Ara Agrippinensium, the name of the original colony the Romans established in the first century. Roman ruins still remain under the city and several museums reveal the city’s classical heritage.

Dionysus knew how to party, according to this ancient Roman mosaic discovered in Cologne during the construction of a bomb shelter in 1941.

I came to Cologne not because of its two-millennia-old history, but because of its magnificent cathedral, the most visited site in Germany. The Cologne Cathedral took centuries to build. Archbishop Konrad von Hochstaden laid the cornerstone in 1248 and work continued until 1473. Work paused for 369 years until the Protestant Prussian court, seeking to solidify religious and political unity in Germany, financed the completion of construction from 1842 to 1880. It was the tallest structure in the world for four more years until the Washington Monument was completed. The Cologne City Museum includes a model of what the city looked like with the unfinished cathedral.

The most striking feature of the cathedral is its massive scale. The cathedral is by far Cologne’s biggest building and its ornamented gothic design tapering toward the sky resembles a pile of wax dripped from a candle. 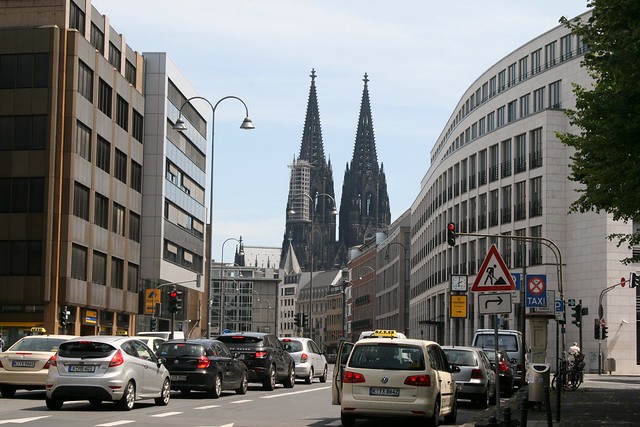 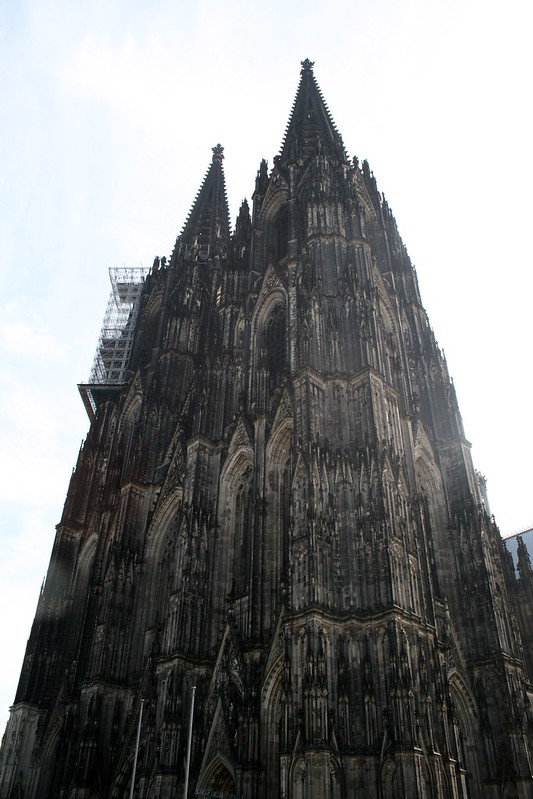 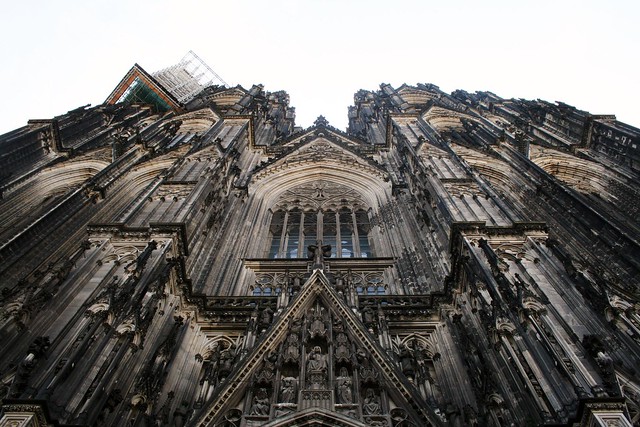 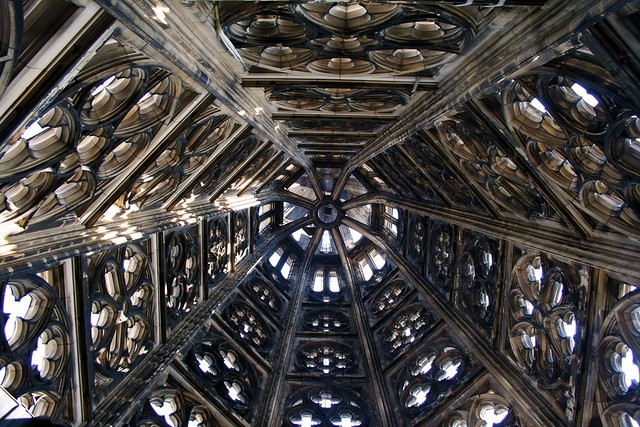 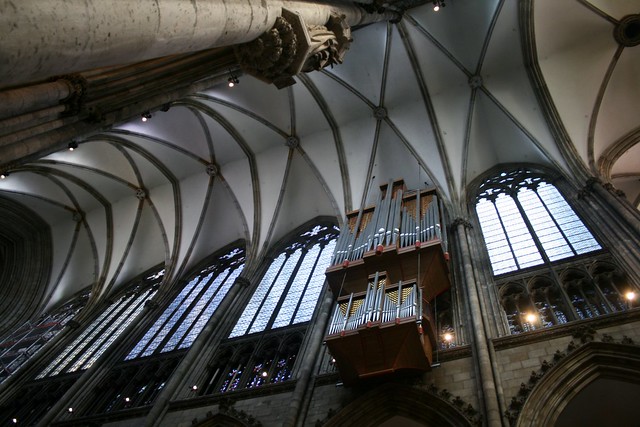 Allied bombing campaigns damaged some of the windows in World War II. Most windows were saved, but this window had to be replaced.

Eight years ago, people from all over the world crowdfunded the installation of this pixelated window. It’s interesting as an artifact of “New Economy” concept art, but it’s not clear how long this window will stand before it looks dated.

If you prefer to see the past pasted onto the future instead of the future pasted on the past, take a 15-minute train ride to Wuppertal, home of the world’s first suspended monorail.

← Amsterdam: City in the water
Stop taking selfies. The most important thing you see when traveling is not yourself. →