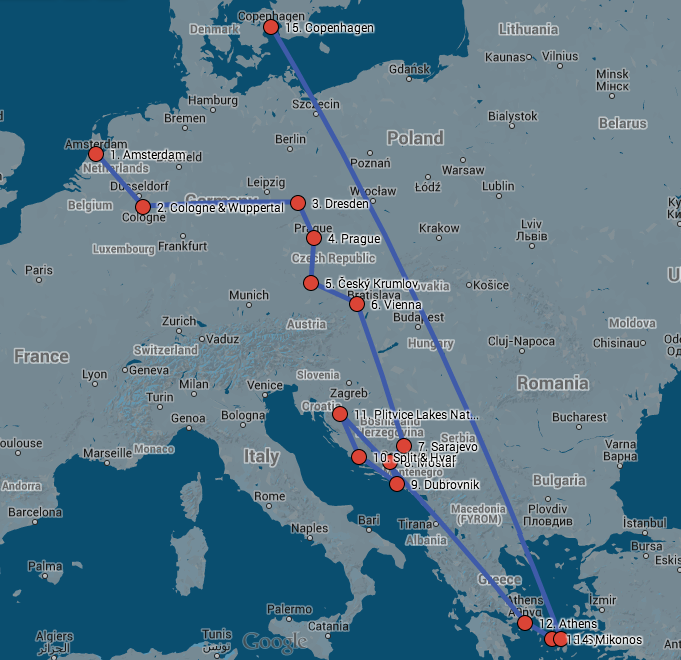 During the summer of 2014, I spent several weeks exploring parts of Europe I had never visited.  Seeking out these new-to-me places resulted in an unusual itinerary for an American tourist, but every place I visited was well worth the trip.  I started in Amsterdam and generally headed southeast to Greece.  My friend and I stopped in Copenhagen for 24 hours on our return flight back to the United States.

I will post retrospective posts on each of the cities I visited as I time permits.